The Village of Murrells Inlet is located 20 miles north of Georgetown on U.S. Business 17. It is one of the oldest coastal communities in South Carolina. According to legend, during the early 1800s, pirates like Capt. Jack Murrell cruised into the inlet in search of fresh water and a site to moor their ships for barnacle removal.

Captain Jack Murrell had a reputation as being a nasty pirate. He was known for treating his crew bad. According to legend, Captain Jack’s crew eventually had enough and left the captain on the island with nothing except a few bottles of rum. However, Captain Jack snuck his treasure off of his ship and buried it on the island. When his crew returned to the island, now known as Drunken Jack’s Island, they did not find their captain. All they found were empty rum bottles and bones — no buried treasure. Over the years, archaeological digs on the island, now known as Drunken Jack’s Island have not resulted in any treasure finds. To this day the pirate’s booty is still hidden in Murrells Inlet.

Today, visitors and locals arrive by land as well as sea to this quaint fishing village on a beautiful salt marsh. The village calls itself the “Seafood Capital of South Carolina.”

You can sit pretty much anywhere along the MarshWalk and watch the fishing boats going out in the early morning and returning late in the day. The seafood here doesn’t get any fresher than this! Local restaurants and chefs are known for buying the daily catch right off the fishing boats.

The MarshWalk is located in the heart of Murrells Inlet. This is a half-mile wooden boardwalk that runs along a natural saltwater estuary. It boasts some of the most spectacular waterfront dining views and culinary fare in the Lowcountry region. 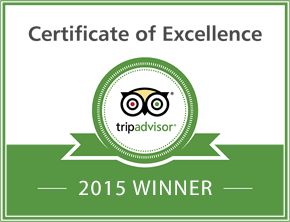